In memory of Antoine de Saint-Exupèry

On 13th December 2000 a conference, organised by the Marciana Library and the Ateneo Veneto, was held at the Ateneo Veneto to celebrate the centenary of the birth of Saint-Exupéry. The speakers presented the French writer from various points of view. Maria Teresa Secondi Mongiello emphasised the pedagogical aspects of The Little Prince, the famous story translated into over 120 languages.

Francesco Visconti, dwelt on the life of the author, with its highly moral and spiritual connotations. Giovanni Fazzini suggested a different interpretation of The Little Prince, unanimously considered a masterpiece of children's literature. A lunar, melancholy character, the Little Prince is the ambassador of an invisible world, concealed and yet recognisable to anyone who is prepared to see not just with the eyes but also with the heart, since l'essentiel est invisible pour les yeux.

In 1976 Yves Monin, in L'ésotérisme du Petit Prince (Paris, Nizet), revealed a plethora of symbols scattered throughout the brief text and proposed an esoteric interpretation. Various features distinguish it from a children's story: illogical situations and elements, such as the presence of a child alone in the desert, a country-well in the middle of the desert; paradoxical expressions such as "you can only see properly with the heart" or inconceivable statements such as: "what men are seeking might be found in a little water or in a rose"; finally, behind these themes and these unlikely images, a highly serious, moralising tone.

As Monin emphasises, all these elements evoke surrealist creations, the great fables, certain obscure treatises on alchemy, fantastic miraculous tales of religion and mythology, hermetic works of literature, paintings or sculptures with images and situations that are apparently gratuitous and incomprehensible... so-called esoteric works. Confronting man with the obstacle of illogicality, they open up his sense of wonder, pointing to a reality beyond his own reality, helping him to discover a new, irrational universe, where any miracle is possible, a marvellous parallel world, which will make him doubt the usual way of facing the habitual world and make him comprehend the grief, poverty and sadness that reign there, against which he struggles in vain.

The story of The Little Prince seems to reproduce the scheme of the esoteric work par excellence: the setting out on a quest, the hazards and difficulties encountered on the journey, understanding or achievement of the aim and the moment of return and gift of the self. The quest is intended above all as a spiritual enrichment: the story of a journey of initiation in the art of living wisely. 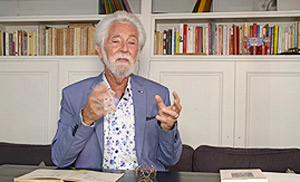 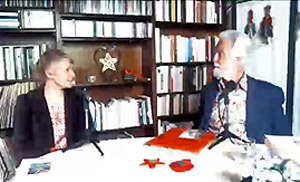 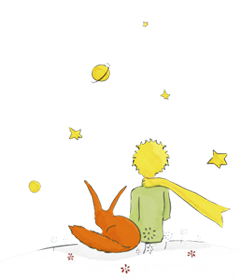